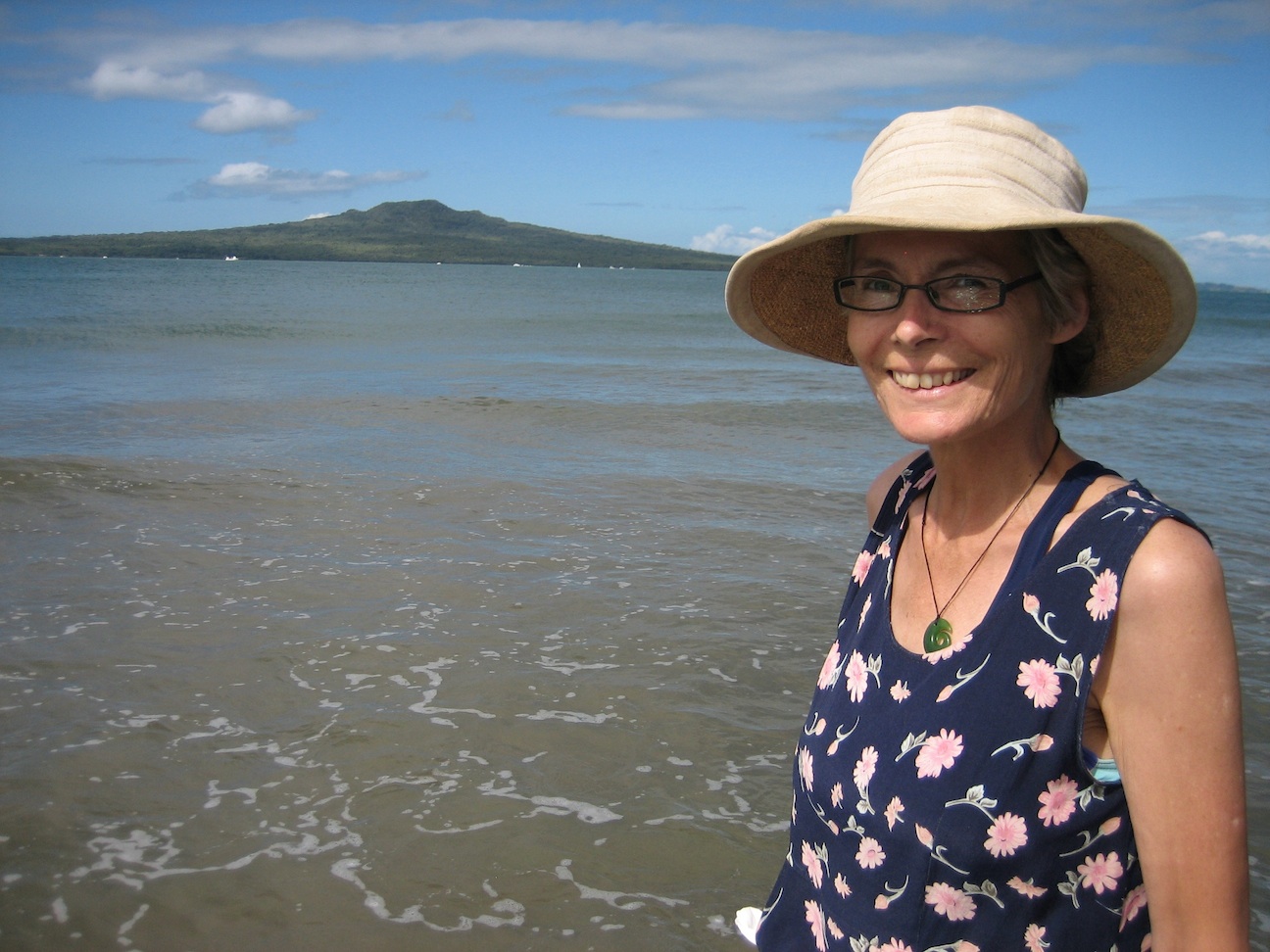 Sigrid Shayer, the former Chair of the Auckland Tree Council, passed away in March this year at the age of fifty-six.  She had been diagnosed with ovarian cancer early in 2011.  Many of those in the arboricultural scene in Auckland will be aware of her tireless work as an advocate for trees and a promoter of their benefits, and her death is a sad loss to our community.

Sigrid first became involved in the Tree Council when she agreed to edit and produce their 2003/2004 Guide and Directory to Tree Services in the Auckland Region and it was not long before her abilities and commitment saw her joining the Board. She was the voice of experience, especially when dealing with Auckland Council as she had worked there previously and had made excellent contacts.  Her experience as a researcher was also invaluable to the Tree Council when they undertook to compare the basic tree protection rules that each Local Authority throughout the country had within their District Plans.  Sigrid took over the role of Chair of The Tree Council in 2008 and became heavily involved in advocacy for trees and tree protection on development sites, proving herself willing to take the fight all the way to the Environment Court if necessary to achieve greater consideration for trees.

Sigrid was a positive, encouraging and hard working Chair.  As well as producing their newsletter and managing their website, she also steered the Tree Council Board through many difficult issues over the past few years.  One of the most challenging was tackling the consequences of firstly the Auckland City Council’s desire to remove tree protection from their District Plans and then the Government’s 2009 changes to the Resource Management Act, which included an intention to set aside the tree protection rules that The Tree Council had so successfully advocated for some 15 years earlier.  Sigrid took on this daunting task and guided the Tree Council through the whole process with professionalism and determination.  She was also the instigator and driving force behind the Tree Protection Working Group – an alliance of several organisations, including NZ Arbor, that continues to work together to influence the future direction of Auckland’s tree protection provisions.

Sigrid continued actively supporting and working with the Tree Council for as long as she could after becoming ill, even declaring, upon resigning from her job “Good, now I can spend even more time protecting our urban trees”.

Sigrid is much missed by members of the Tree Council and the wider arboricultural community, but continues to provide an example of dedication and selflessness.   She passed away peacefully on March 11th, with her brother at her side.

Meri Kirihimete from The Tree Council. Thanks for your support for our urban ngahere this year. We hope you have a peaceful and relaxing holiday with your loved ones. See you in 2022. ... See MoreSee Less